How “Lost” Got Lost – My TV Do-Over Blog Hop Post 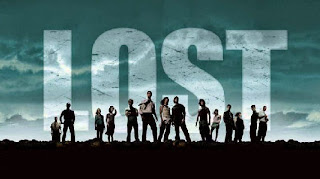 When Caroline asked me to participate in a blog hop about changes you’d make to movies or TV shows, it was a hard decision. Not about whether to participate, of course – that decision was easy. (In case you haven’t figured it out by reading this post, my answer was yes.) How could I possibly choose which movie, TV show or even book to write about when I’ve spent nearly my entire life moaning “no!” at the choices other writers have made in ending their works? Truthfully, my taste is not mainstream – when I read “Gone With the Wind” in the sixth grade, I wanted Scarlett to end up with Ashley (because she wanted him so badly; the protagonist should get what she wants!). This habit of mine persisted during my “I love soaps” phase (I thought Laura should have stayed with Scotty, but her father Rick should dump Lesley for Monica – opinions no other General Hospital fan shared) my vampire-book loving phase (really, Laurell K. Hamilton? Really??) and my vampire-TV loving phase (Team Spike and Team Eric all the way). However, there’s one opinion I hold that I’m pretty sure I share with almost all of cult-TV-watching America, and that is:

The ending of Lost really sucked.

Come back with me, if you will, to the fall of 2004, when Lost premiered to great fanfare and terrific ratings. This wasn’t just a show about a bunch of people plane-wrecked on a deserted island; it was about their mysterious pasts, complicated presents, and, above all, (in the words of Charlie): “Guys … where ARE we?” My son Alex – then a 5th grader – and I made watching the show together one of our weekly traditions, and we’d spend hours talking about how the puzzle pieces fit together and what it all meant. By the time the series ended in 2010, the show had lost about four million viewers, but it still attracted over 10 million viewers per episode, and was still critically acclaimed.

Until that ending. Oh, that ending. It was like the day you found out Santa wasn’t real, or you figured out that time travel wasn’t possible (because travelers from the future would have been here by now), or reality shows aren’t, you know, actually real.

To recap: The series was built around present-day island mysteries and character flashbacks to the past. In season four, the show added flash forwards (and I’m just going to brag here and say when I first saw Jack in that plane wearing a beard, I knew right away we were in the future); the sixth and final season added the flash sideways – snippets of the characters’ lives if the plane crash had never happened.

This, I figured out as well. The flash sideways were lives that the characters could live if their machinations in the past were successful. (Season five had half the cast in the 1970s.) Eventually, near the end of the series, they’d have to choose whether to continue to monkey around in the past and make the better life happen, but risk not knowing each other, or give up and let events transpire as they would.

If only I, as fan, had had such a choice. Instead, the series finale revealed that the flash sideways were, in fact, a form of purgatory where the characters went to wait after their deaths. They were waiting for the other passengers on flight 815 to die, so they could all get together in a church and move forward to the golden light together. Making matters worse, ABC ran the final credits over a shot of the wrecked plane on the beach with no people in sight, making many fans wonder if this was a message that everyone had died in the initial crash and the entire series was a fraud. (The creators blamed ABC for the image and vehemently denied the entire series had been a six-year death.)

After the episode aired, fan outrage was loud and vocal. With mysteries such as the polar bear never resolved, the “purgatory” reveal seemed like a cheap, easy, all-encompassing explanation to a complicated, intricate mystery. Fans deserved more. After a six-year investment, we deserved more.

I still think my ending – a series finale that allowed characters to chose whether they wanted to stay in the present post-crash or return to a past that would not lead to a plane crash – would have been superior to the one that was actually shown. (It would have also allowed Jack and Kate to be together… although I’m assuming most viewers wanted Kate with Sawyer, since I never root for the right couple.) If nothing else, though, the saga of the Lost finale illustrates to me the importance – as both writer and fangirl – of knowing your ending when you’re still at the beginning. Yes, I’m a loud and proud plotter – and I wish Damon Lindelof and Carlton Cuse had been, too. (Although the producers expressed bewilderment at the fans’ reaction, a few years later Damon apologized, saying his disappointment with the last Harry Potter book being divided into two films made him realize a fan can be a fan and still be angry with the story.)

Hop on over to Zanna Mackenzie's blog tomorrow for her TV Do-Over Blog Hop post.